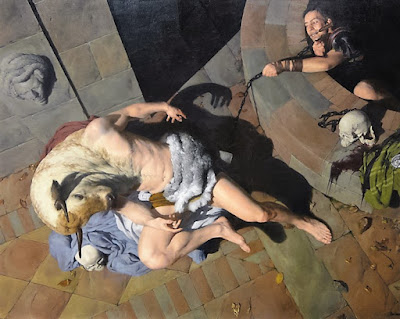 It ain’t what you don’t know that gets you into trouble. It’s what you know for sure that just ain’t so.

It is true that I have sketched for their amusement and mine, the idiosyncrasies of fourteen of my friends, not necessarily musicians; but this is a personal matter, and need not have been mentioned publicly. The Variations should stand simply as a ‘piece’ of music. The Enigma I will not explain – it’s ‘dark saying’ must be left unguessed, and I warn you that the connexion between the Variations and the Theme is often of the slightest texture; further, through and over the whole set another and larger theme ‘goes’, but is not played…So the principal Theme never appears, even as in some later dramas – e.g., Maeterlinck’s ‘L’Intruse’ and ‘Les sept Princesses’ – the chief character is never on the stage.[9]

Elgar plainly states the Theme may be played through and over the entire set of Variations, yet remains silent with often the slightest connection between them. Only a musical theme may be played, unlike those of a literary, symbolic or mathematical nature. In 1923 Troyte Griffith, the friend portrayed in Variation VII, asked if the missing melody was God save the King. Elgar replied, “No, of course not; but it is so well-known that it is extraordinary no one has spotted it.”[10] Rushton mistakes such a statement to mean the melodic solution should be obvious, but that is not the crux of Elgar's response. His reply to Troyte confirms the obvious fame of the absent Theme, suggesting that fragments of it must be present in the Variations, for otherwise there would be nothing to spot. What those fragments are is not so obvious. This hunch is bolstered by the original program note that describes the link between the absent Theme and the Variations as being “…often of the slightest texture...”  Merriam-Webster defines slight as “very small in degree or amount,” and one definition for texture is “the various parts of a song…and the way they fit together.” Elgar’s judiciously parsed words specify the discernable bond between the Variations and the absent Theme is comprised of short sequences of shared notes or fragments. This condition is further alluded to by the brief four-note Mendelssohn fragments quoted in Variation XIII.
In an interview published in the October 1900 issue of The Musical Times, Elgar clarified how the absent Theme fits into the overall design:

In connection with these much discussed Variations, Mr. Elgar tells us that the heading ‘Enigma’ is justified by the fact that it is possible to add another phrase, which is quite familiar, above the original theme that he has written. What that theme is no one knows except the composer. Thereby hangs the ‘Enigma.’[11]

Notice the terms phrase and theme are used interchangeably in the context of a melody that may be added above the original Enigma Theme. This narrative dovetails precisely with the original program note stating “…through and over the whole set another and larger theme ‘goes’, but is not played…” Only a musical theme can be played, a quality irreconcilable with something symbolic, figurative, mathematical, or literary. The insistence by some that the solution could be something other than a famous melody is utterly incompatible with this stipulation.
More evidence confirming the enigma must be a melody is found in Elgar’s 1905 biography compiled by Robert J. Buckley. As the music critic for The Birmingham News, he first met Elgar in 1896 and knew him for almost a decade prior to publication.[12] In the introduction Buckley confidently declares:

Whatever this book states as fact may be accepted as such. The sayings of Elgar are recorded in the actual words addressed directly to the writer, and upon these I rely to give to the book an interest it would not otherwise possess.[13]

This biography was available during Elgar’s lifetime, and it is important to recognize he never disputed or disavowed any part of Buckley’s reportage. Dora Powell confirmed the biography was sanctioned by the composer.[14] Buckley could not have offered such intimate details such as quotations, anecdotes, personal photographs, and copies of unpublished scores without Elgar’s personal assistance. Following Buckley’s introduction, Elgar’s cooperation is established by a facsimile of a handwritten autographed note in German and English.[15] On the subject of the Enigma Variations Buckley records Elgar’s description as follows:

The ‘Enigma’ orchestral-piece is Op. 36. What the solution of the ‘Enigma’ may be, nobody but the composer knows. The theme is a counterpoint on some well-known melody which is never heard, the variations are the theme seen through the personalities of friends, with an intermezzo and a coda, the last added at the request of friends aided and abetted by Dr. Richter, who accepted the work on its merits, having received the score in Vienna from his agent in London, and who at the time had not met with the composer.[16]

A counterpoint is by definition a counter-melody, so logic requires the unstated principal Theme must also be a melody.  This condition is consistent with Elgar’s character as a composer for he composed counterpoints to famous themes like Handel’s Messiah and Mendelssohn’s Wedding March. A counterpoint requires both a vertical and horizontal fit between the two themes. Like a home resting on its foundation, the Enigma Theme rests on its foundational principal Theme. This demands that each share the same length to ensure a precise horizontal fit. The long and short of it is that one tune cannot be longer or shorter than the other. Elgar’s standard reply to enigma solutions invokes this fundamental idea of a fit between the two melodies:

Merriam-Webster defines the verb fit as “to be suitable for or to harmonize with,” and “to conform correctly to the shape or size of.” Elgar’s language leaves no room for doubt. Both themes must be the same length with a suitable counterpoint.
The final condition comes from explanatory notes Elgar supplied for a set of pianola rolls published in 1929. Concerning the first Variation he wrote, “There is no break between the theme and this movement.”[18] That disclosure is crucial because it confirms the Enigma Theme does not end until Variation I begins. As the first variant of the Enigma Theme is not introduced until measure 20, this would mean he defined the length of the Enigma Theme as the opening nineteen measures. The two-bar bridge in measures 18 and 19 does not belong to Variation I (something deceptively implied by the layout of the score), but rather represents an elaboration of the Enigma Theme’s closing cadence. A conspicuous tie between the notes of measures 17 and 18 supports this conclusion, linking the Enigma Theme and the bridge in a way not found in Variation I. The bridge serves to unwind the Picardy cadence, returning it back to the minor mode in preparation for the first variation from which it is separated by a conspicuous double bar. At first glance measure 17 only appears to mark the end of the Enigma Theme, but in light of Elgar’s published statement, it is in actuality a faux ending. The correct melodic mapping of the covert principal Theme must account not only for the Enigma Theme’s Ternary ABA structure in measures 1 through 17, but also the two-bar bridge (Section C) in measures 18 and 19 that precede the launch of Variation I.
A meticulous analysis of four primary sources – the original 1899 program note, the October 1900 interview in The Musical Times, the 1905 biography, and descriptive notes for the 1929 pianola notes – yields six conditions capturing the relationship between the Enigma Variations and the covert principal Theme. Those six conditions are:
Any alleged solution that violates just one of these six conditions may only be proffered in direct conflict with the recorded words of the composer by multiple, independent, unimpeachable sources. This includes all of the purported melodic solutions assessed by Rushton in his treatise because they invariably overlook the bridge in measures 18 and 19. That his analysis was restricted to a pool of false solutions ensured Rushton would inevitably arrive at the conclusion that the answer was elusive. If only he had granted due consideration to Ein feste Burg, the one solution he would never guess because of its apparent incompatibility with Elgar's Roman Catholic faith. Such an unexpected choice would explain why Elgar insisted the answer must remain unguessed. To learn more about the secrets of Elgar’s Enigma Variations, read my free eBook Elgar’s Enigmas Exposed.