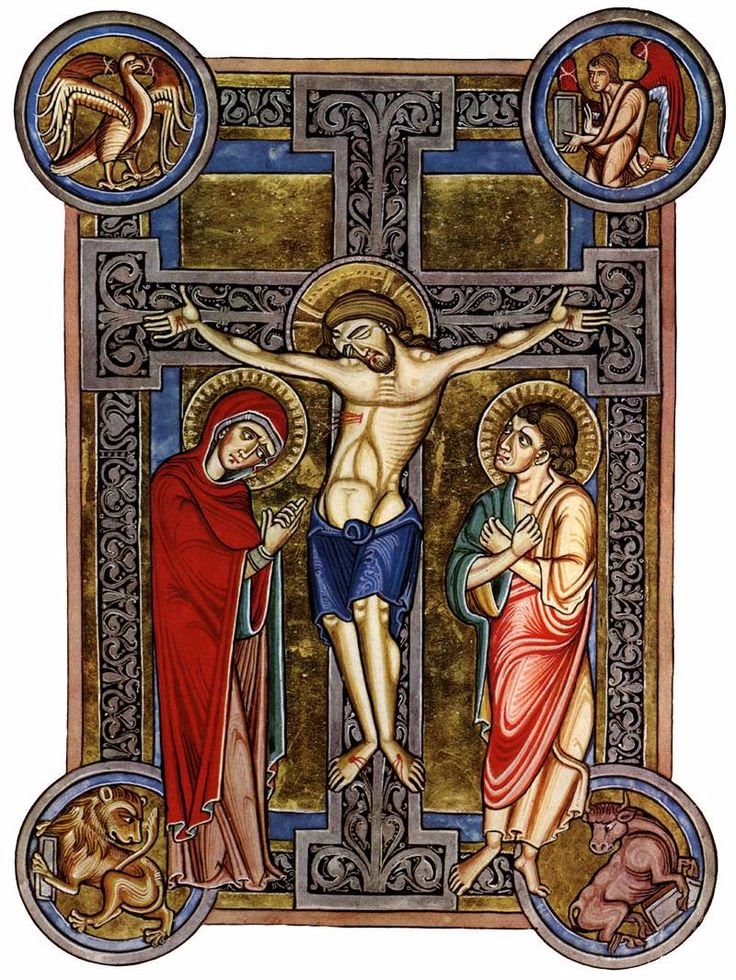 “It shows a wonderful feeling.”
Elgar commenting on a 13th century panel sculpture of the Crucifixion

The Mendelssohn fragments in Variation XIII of Elgar’s Enigma Variations are rich fishing grounds for ciphers. The four fragments are sourced from the concert overture Meeresstille und glückliche Fahrt. Long thought by the so-called ‘experts’ to be extraneous to the enigma, these four note incipits appear in the order of A-flat major, F minor, and E-flat major. Years of trawling th0se perplexing fragments netted the following cryptograms:
Now an eighth cipher has surfaced – the Mendelssohn Pi Cipher. Using the scale degrees of certain notes identified by the number of times each fragment is played, Elgar ingeniously encodes the first four digits of the mathematical constant Pi (3.142). This is the same number enciphered by the scale degrees of the opening four melody notes of the Enigma Theme, a noteworthy discovery made by Richard Santa.
The A-flat fragment is made up of three discrete notes with the third played twice: C, B-flat, A-flat, and A-flat. This incipit first appears in measures 507-509, and again in measures 515-517. Two statements of the fragment designate its first two notes, namely C and B-flat. Variation XIII is in the key of G major, the parallel mode of the Enigma Theme’s G minor. In the key of G, the scale degrees for C and B-flat are 4 and 3 respectively.
The F minor fragment is comprised of three distinct notes with the third repeated: A-flat, G, F and F. It appears just once in measures 521-523. One statement of this F minor fragment underscores the first note, A-flat. In the key of G major, the scale degree for A-flat is 2.
The E-flat major fragment consists of the three separate notes with the last repeated: G, F, E-flat, and E-flat. The double E-flats cannily suggest the double E’s for Edward Elgar’s initials (E.E.). The E-flat major fragment appears only once in measures 542-544. One statement of this fragment highlights the first note, G. In the key of G major, the scale degree for G is 1.
The two A-flat major fragments identify its opening two notes, C and B-flat. The single F minor fragment singles out its first note, A-flat. The solitary E-flat major fragment highlights its first note, G. The first four notes of the Enigma Theme’s melody encoding Pi are B-flat, G, C, and A. In an astonishing parallel, the four notes selected out from each fragment based on the number of times each is played in a given key are B-flat, G, C and A-flat. This represents a variance of only a semitone between the A and A-flat while leaving intact the scale degrees. In the key of G major the scale degrees for C, B-flat, A-flat and G are correspondingly 4, 3, 2 and 1. Following the note order strongly implied by the melody in the first bar of the Enigma Theme, these scale degrees are rearranged from 4-3-2-1 to 3-1-4-2. The number for Pi is 3.142. 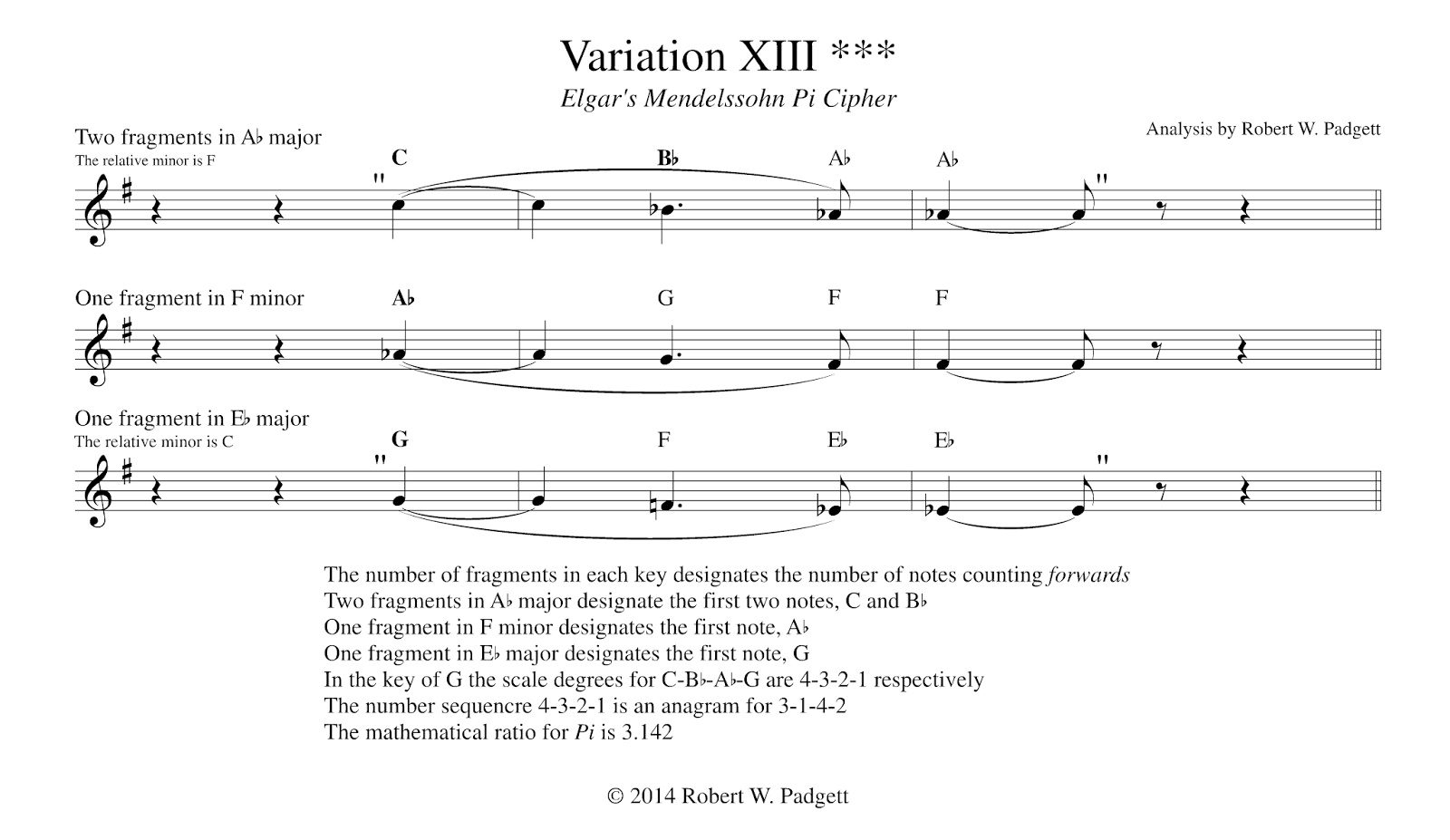 One remarkable feature of the Mendelssohn Pi Cipher is Pi is encoded within several fragments that sonically portray the sea. Combining Pi with seas produces a phonetic version of pisces, the Latin word for fish.  The Jesus Fish is a famous Christogram, and Christ is undoubtedly the secret friend portrayed in Variation XIII. There is another fish in the Enigma Theme, one intimated by combining Pi encoded in measure one with the symbol for common time, C. Now we may safely add another cipher to the list, the Mendelssohn Pi-C Cipher, bringing the total of Enigma Variations Ciphers to 39. It is exceedingly likely there is one final cipher waiting to be discovered because the number 40 is rich with biblical symbolism. To learn more about the secrets behind one of Elgar’s most celebrated symphonic achievements, read my free eBook Elgar’s Enigmas Exposed.