Elgar's Enigma, Pi and the Tower 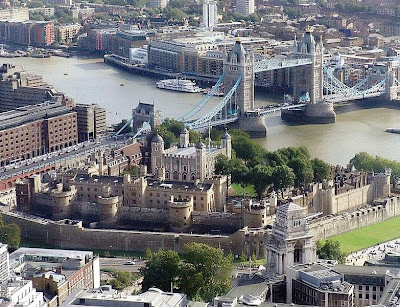 "The name of the Lord is a strong tower;
the righteous man runs into it and is safe."
Proverbs 18:10

Richard Santa made the remarkable discovery Elgar encodes the mathematical constant Pi in the Enigma Theme. That special number captures the ratio of a circle’s circumference to its diameter. Santa’s research is featured in Columbia University’s music journal Current Musicology. He perceptively noted the scale degrees of the Enigma Theme’s melody in measure one are 3-1-4-2, a rounded version of the first five digits of Pi (3.1415). The melody is recapitulated in measures 11 through 16, so Pi is quoted a second time in bar 11. Following a bridge in measures 18 and 19, Pi is quoted a third time in the first measure of Variation I. That uplifting movement is dedicated to Elgar’s wife, Caroline Alice Elgar. In all, Pi is quoted twice in the Enigma Theme (measures 1 and 11), and a third time in Variation I (measure 20). Pi is also encoded within the Mendelssohn fragments of Variation XIII.

Why Pi?
What possible explanation is there for encoding Pi in the Enigma Theme, Variations I and XIII? Santa suggests Elgar uses Pi to allude to his circle of friends. After all, the Enigma Variations are dedicated “to my friends pictured within.” Note the letters pi in pictured. Was this Elgar’s way of hinting at his subtle use of numeric symbolism? Santa also detects an element of humor in Elgar’s Pi quotation. There are 24 melody notes in the first six measures set apart by an oddly placed double bar at the end of measure six. With Pi encoded in measure one, Santa creatively interprets these first six measures as four and twenty blackbirds baked in a pie. Like blackbirds, printed notes are black. The popular nursery rhyme begins with the phrase, "Sing a song of sixpence," and Elgar shows an unusual fascination for the number six in the Variations. In reality, Pi is "baked" into only the first four notes of the melody which repeat in measure 11 for a total of eight notes, not twenty-four. Besides the apparent allusion to his circle of friends, could there by some other explanation for why Elgar would quote Pi in the Enigma Theme and Variation I?

An Iconic Bridge
Elgar’s Pi reference in the Enigma Theme invites multiple interpretations, yet there is only one conceivable explanation that links Pi to the unstated Principal Theme. Spanning the Pi quotations in the Enigma Theme and Variation I is a two measure bridge. There is one very famous bridge that resembles Pi: London’s Tower Bridge. Constructed between 1886 and 1894, it was completed four years before Elgar began openly working on his Enigma Variations. Built as a combined suspension and bascule bridge, the Tower Bridge was deemed too unconventional by some authorities. For example, Builder Magazine condemned it as “the most monstrous and preposterous architectural sham that we have ever known.” Like that unusual structure, Elgar’s unique treatment of the Principal Theme within the Enigma Variations was also decidedly unconventional.
How does the Tower Bridge resemble Pi? First, consider the upper and lower cases of Pi are shown below: 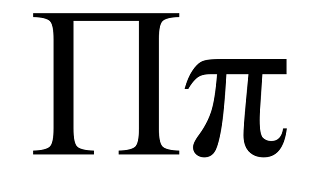 With the bascules down, the Tower Bridge resembles the upper case of Pi. 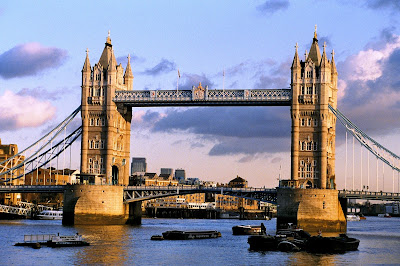 With the bascules raised, the Tower Bridge resembles the lower case of Pi. 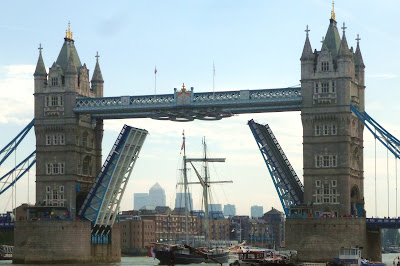 The bridge between the Enigma Theme and Variation I is two measures long. Similarly, the Tower Bridge has two towers and two bascules.

An Iconic Theme
What conceivable purpose could Elgar have entertained by using Pi to suggest one of London’s most iconic landmarks? The Tower Bridge secured its name due to its proximity to the Tower of London. The official name for that famous bastion is Her Majesty's Royal Palace and Fortress. Both the terms tower and fortress are associated with the covert theme of the Enigma Variations: Martin Luther’s Ein feste Burg. The complete German title Ein feste Burg ist unser Gott literally reads as A Mighty Fortress is our God. However, W. M. Bunting translated it as A Strong Tower is the Lord our God. In a fascinating coincidence, Variation IV is given the initials W.M.B., the same as those for Bunting. Like the Enigma Theme, Variation IV quotes Pi twice, first at Rehearsal 11 and again at Rehearsal 14. Interpreting Pi as a veiled reference to the Tower Bridge would draw attention to the terms fortress and tower, and these in turn hint at the title of the absent Principal Theme. And the Tower Bridge is a drawbridge, something associated with castles and fortresses. What could be more inventive or playful than to draw attention to something else by means of a drawbridge? 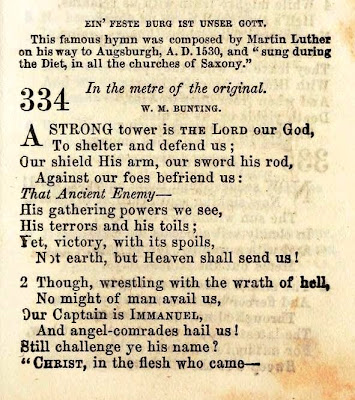 The Tower Bridge spans the River Thames. Thames sounds similar to themes, and both are spelled almost the same. With its retractable bascules that rise in quarter circles, the Tower Bridge can both be present and absent, a feature reminiscent of the Enigma Variations’ missing melody. The French term bascule means see-saw and is used to describe a balanced bridge that moves up and down. The original steam-powered hydraulic system took six minutes to completely lift the bascules. This presents an interesting parallel with Elgar’s musical Polybius Box Cipher in the Enigma Theme as it is based on a 6 by 6 checkerboard. Speaking of steam engines, the timpani rolls in Variation XIII sonically portray the sound of a ship’s steam engine. Ships pass through the Tower Bridge. According to the Jewish historian Josephus, the Tower of Babel was built by Nimrod, the very name given to Variation IX. Observe that the title of that epic structure begins with the Tower.
The Tower Bridge is in reality two bridges designed to fit together to form a larger one. In like manner, the Enigma Theme is two themes that fit together by means of counterpoint to produce a larger one. Did Elgar seek to symbolize this correspondence by encoding Pi in the Enigma Theme and Variation I with a bridge inserted in between? The evidence suggests as much. The Tower Bridge took eight years to complete, and there is a total of eight quarter note beats over the two measure bridge spanning these movements. Could this be a clue, or simply a bridge too far? To learn more about the secrets of the Enigma Variations, read my free eBook Elgar’s Enigmas Exposed. 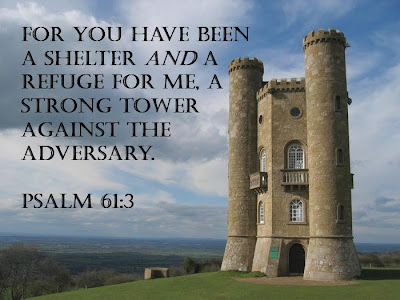