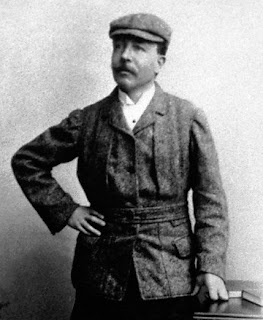 The mark of highest originality lies in the ability to develop a familiar idea so fruitfully it would seem no one else would ever have discovered so much to be hidden in it.

Variation IV from Elgar's Enigma Variations is dedicated to William Meath Baker (1858 - 1935), the Squire of Hasfield Court. Alice befriended the Baker family before meeting Elgar. After he married, Elgar befriended the Meath family. One outcome of that friendship is Elgar dedicated three of the variations to members of that family, i.e., III, IV and X.
It is entirely plausible for Ein feste Burg to play through and over Variation IV as shown in Figure 13.1.  An audio file of this melodic mapping supports the efficacy of the contrapuntal solution. 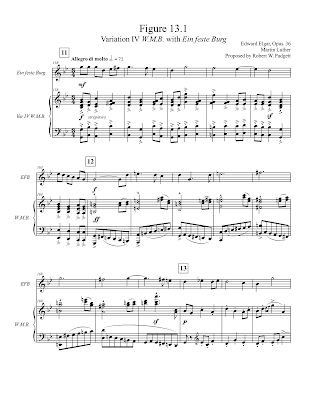 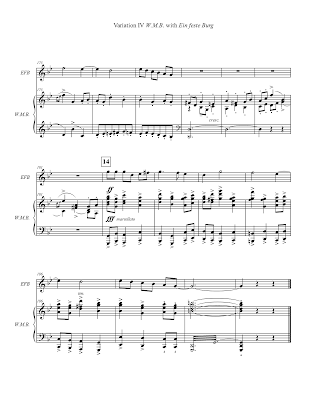 Figure 13.2 illustrates precisely how Ein feste Burg was carefully mapped over Variation IV based on melodic interval mirroring and the principles of counterpoint. Melodic interval mirroring occurs when note intervals from Ein feste Burg are reflected in the variation over comparable or identical distances between notes. These notes do not necessarily appear in the melody line of the variation. The contrapuntal devices of similar and contrary motion were also considered in this analysis. Similar motion is when both voices move in the same direction, but not necessarily by the same degree. Contrary motion takes place when Ein feste Burg moves in the opposite direction than the variation, again not necessarily by the same interval. Similar motion is indicated by SM, and contrary motion by CM. For the purposes of this analysis, similar motion includes any instances of parallel motion, and contrary motion any instances of oblique motion. In some cases, the upper voice of the variation moves parallel with Ein feste Burg while the base line moves in a contrary manner. An effective counterpoint typically employs a fairly balanced mix of contrary and similar motion, something clearly evident with this mapping. 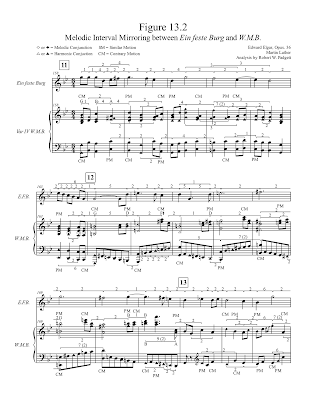 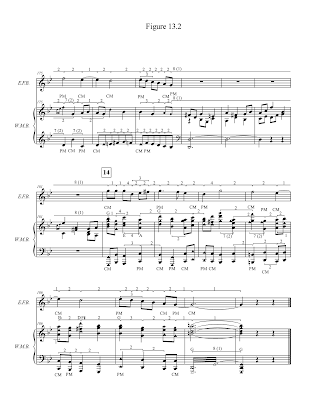 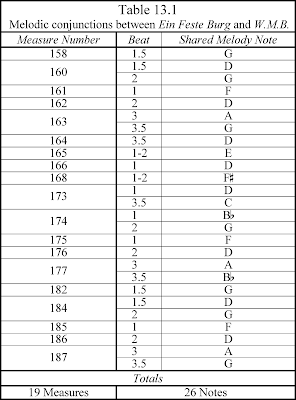 Table 13.2 breaks down melodic conjunctions between Ein feste Burg and Variation IV by note type. There are 8 types of shared melody notes with frequencies range from 1 to 8. 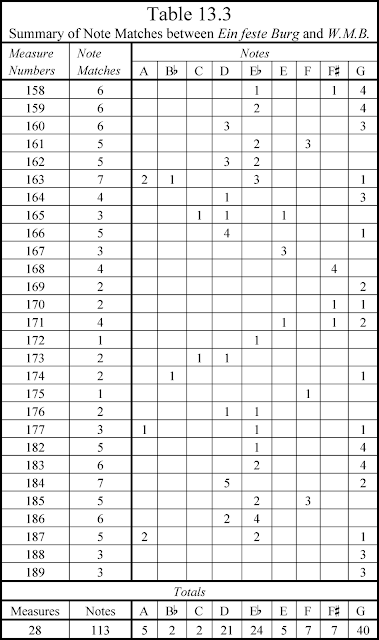 Conclusion
The preponderance of the evidence outlined in the above Figures and Tables demonstrates Variation IV is a clear and convincing counterpoint to Ein feste Burg. To learn more about the secrets of the Enigma Variations, read my eBook Elgar’s Enigmas Exposed. Like my heavenly Father’s gift of salvation, the price is free.

Posted by Robert Padgett at 5:03 PM

Hey Dad! Love the new updates! I can't wait until you turn this into a book. I hope you have a wonderful time in working on the Finale.

Wonderful, what a webpage it is! This webpage gives valuable information to us, keep it up.

An impressive share! I've just forwarded this onto a co-worker who was conducting
a little homework on this. And he in fact ordered
me lunch due to the fact that I discovered it for him...
lol. So let me reword this.... Thank YOU for the meal!!

But yeah, thanx for spending some time to discuss this matter here on your
website.