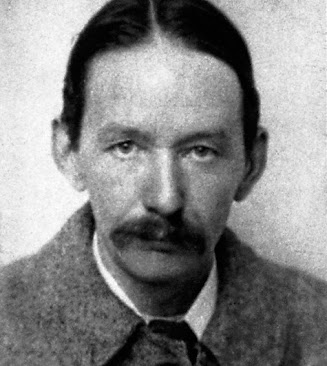 George Bernard Shaw
Edward Elgar dedicated Variation VII to Arthur Troyte Griffith (1864 - 1942), a member of an architectural firm based in Malvern operated by a brother of Basil Nevison.  It is likely Elgar first met Arthur in 1897. Figure 16.1 documents how Ein feste Burg plays above Variation VII. This illustration is significant because Elgar claimed the covert Principal Theme must play “through and over” the set of Variations. To satisfy this critical condition, it must be shown precisely how Ein feste Burg fits over each movement. 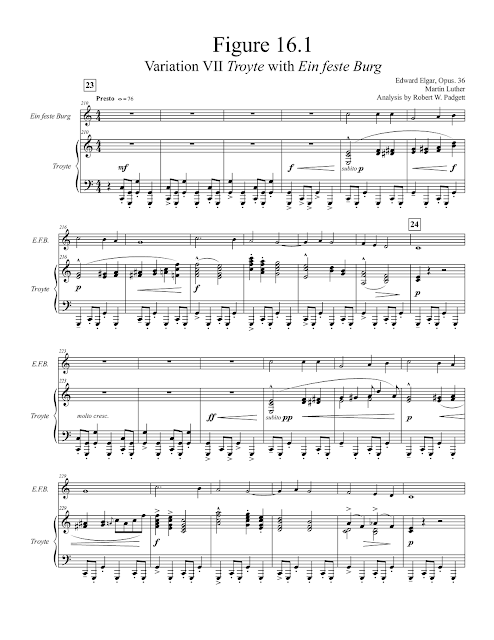 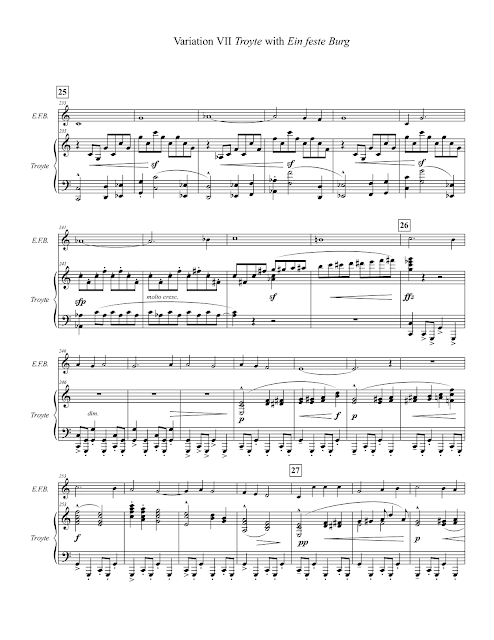 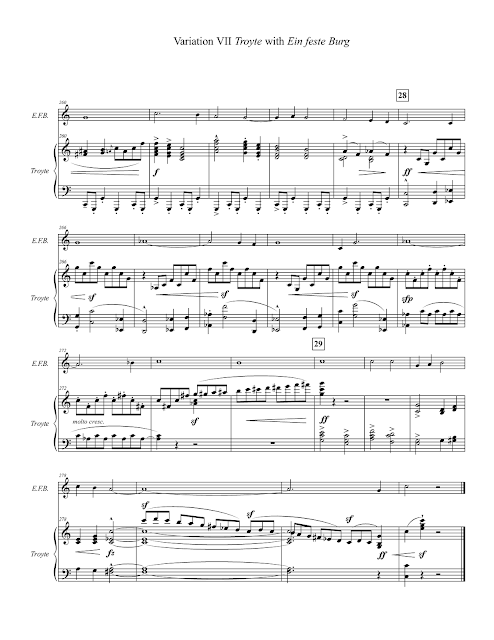 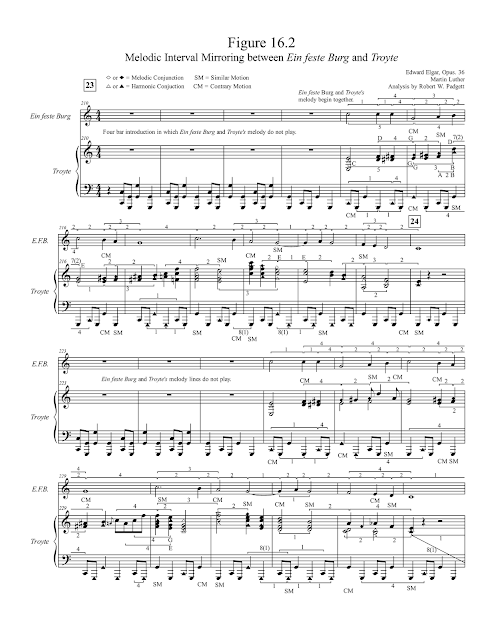 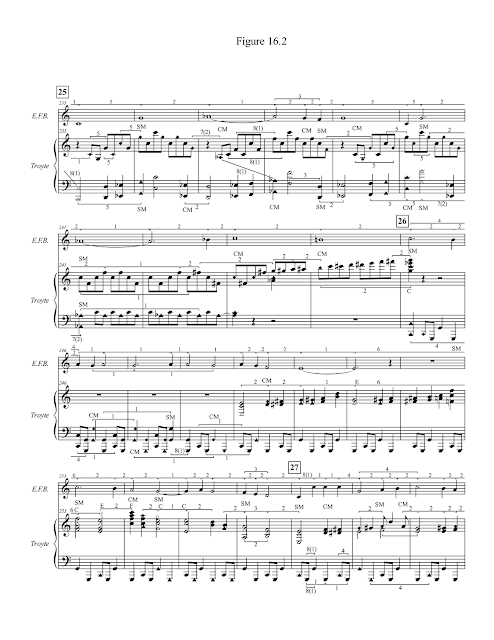 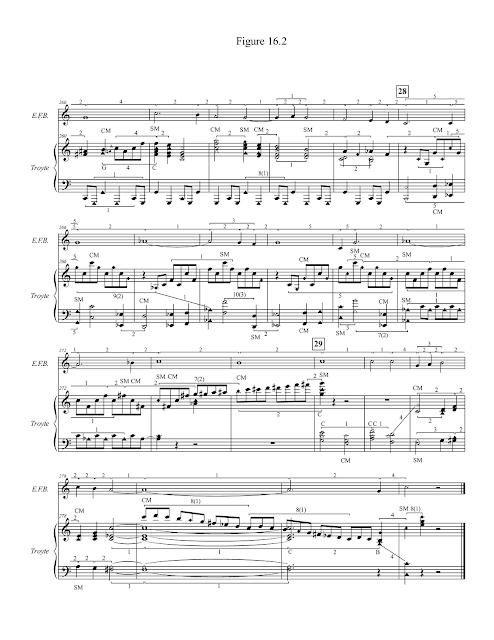 Table 16.2 breaks down melodic conjunctions between Ein feste Burg and Variation VII by note type. There are six shared melody note types (A, A flat, B, C, F, and G) with frequencies ranging from 2 through 35.

Conclusion
The preponderance of the evidence presented in the above Figures and Tables demonstrates Variation VII is a clear and convincing counterpoint to Ein feste Burg. To learn more about the secrets behind the Enigma Variations, read my free eBook Elgar's Enigmas Exposed.
Soli Yah Gloria
Posted by Robert Padgett at 7:35 AM

Your numbers and statistics prove nothing.

When you choose to fudge the modality and actual melodic structure of Luther's tune to force it to "fit" the Troyte variation, you reveal your folly to the fullest.

This is not a musicological discovery here, it is merely a personal delusion amplified by verbiage and diagrams. You want this to be true and so you rig the evidence to make it so. But it is not so -- any reasonable musical ear can tell it is not so.

One would hope that if there is indeed a missing melody in Elgar's piece that if we were to hear if at long last it would add a musical dimension that would transcend the cleverness of the cipher.

But this ham-handed smearing of Luther's melody on top of Elgar's music is so hideous in its final audible result that it is a positive affront to the beauty of both original pieces.

Give this one up! The Enigma remains unsolved!

"Anonymous" rejects my thesis on the grounds the modality and melodic structure of Luther’s hymn does not fit cleanly and neatly over this particular variation. What "Anonymous" fails to appreciate is with any given variation, the melodic structure and modality are by necessity modified from the original. If this were not so, it would not be a variation. In a way, “Anonymous” bolsters my case by observing the obvious, namely that the melodic and modal divergences from the original structure of the hymn. Remember, Elgar was striving mightily to conceal the source melody, not facilitate its discovery.

Anonymous disagrees with my mapping of "Ein feste Burg" over Variation VII using a bevy of derogatory terms instead of speaking to the evidence. The evidence speaks, or more specifically, sings for itself. The mapping is compelling, particularly to those with a musical ear. Moreover, Elgar made it perfectly clear in the original 1899 program note that “the connexion between the Variations and the Theme is often of the slightest texture.” In other words, the missing melody’s path over each of the variations is not apparent, but rather thin or trivial. Anonymous demands an obvious solution when Elgar made it perfectly clear at the outset that just the opposite would be the case. In this instance, Anonymous has overlooked the obvious.