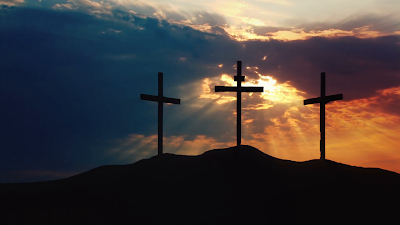 Nothing is more detestable than music without hidden meaning.
Frédéric François Chopin

The concept of crossing is raised on at least two different occasions within the Enigma Variations by Edward Elgar. The first occurs in Variation VI, an Andantino dedicated to his viola pupil Isabel Fitton. Elgar characterized its opening motive as “an ‘exercise’ for crossing the strings—a difficulty for beginners.” The second appears in Variation XIII where repeated quotations of a four-note fragment from Felix Mendelssohn’s concert overture Calm Sea and Prosperous Voyage sonically portray a ship crossing the open sea. In both cases, the idea of crossing is imparted by particular musical motives cited and explicitly described by the composer.
What could be the significance of these “crossing references” in the Enigma Variations? The name Elgar bestowed on his viola pupil as the subtitle for her movement, Ysobel, originates from the Old Testament name for Aaron’s wife, Elisheba. Aaron was the brother of Moses and the first High Priest of Israel during the Exodus. The title for Variation IX, Nimrod, also heralds from the pages of Genesis. In consideration of these conspicuous Biblical references, a promising avenue of inquiry hinges on Elgar’s Roman Catholicism. In connection with the idea of crossing, it is instructive to realize that an integral and ubiquitous expression of that faith is the sign of the cross.

This tradition is decidedly ecumenical as it is practiced by Roman Catholics, Orthodox, Episcopalians, and even Lutherans. Martin Luther retained and fostered this custom as a vestige of his training as a Roman Catholic priest. Whether it is something as minute as crossing strings on a viola or as vast as a steamer crossing an ocean, these two conspicuous references to crossing in the Enigma Variations invite a careful search for covert allusions to the Christian symbol of the cross. Such an avenue of inquiry would never cross the minds of secular scholars.
A careful analysis of the Enigma Variations unveils manifold coded references to the cross. For instance, the Enigma Theme’s time signature is 4/4 which is also known as common time represented by a capital C. The word cross begins with the letter c, and that religious symbol has four endpoints. Like that number, there are four movements in the Enigma Variations set in common time.

It is remarkable that the pattern for conducting common time replicates the sign of the cross.

The symbol for common time is a capital C which represents a broken circle. In early music notation, a circle represented tempus perfectum or perfect time with three beats. A broken circle stood for tempus imperfectum or imperfect time with an added fourth beat. The word cross begins with the letter c, and a cross has four endpoints. The wafer of bread used in the Eucharist is traditionally circular, and it is broken during the ritual to symbolize the breaking of Christ’s body on the cross. There is another cryptographic link between the Enigma Theme and circles decoded by Richard Santa. He made the critical discovery that Elgar encoded the mathematical constant Pi (3.142) in the first bar of the Enigma Theme using the scale degrees of the opening four melody notes (3-1-4-2). The number Pi is the ratio of a circle’s circumference to its diameter.

There are fourteen stations of the cross, and similarly there are also fourteen numbered variations. In his personal correspondence, Elgar wrote the word Christian as "Xtian." In recognition of Elgar's substitution of Christ with the letter X (an obvious symbol of the cross), the Roman numerals of Variation XIII may be viewed symbolically as the Jesuit symbol of a cross and three nails. 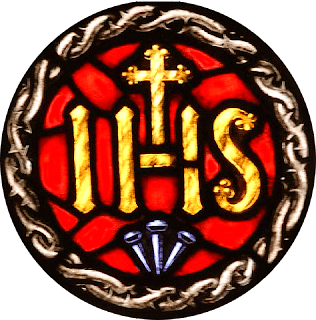 The application of an elementary number-to-letter cipher key to the Roman numerals XIII results in the decryption JC, the initials for Elgar’s not-so-secret friend, Jesus Christ. X represents the number ten, and the tenth letter of the alphabet is J. III stands for three, and the third letter is C. Jesus was crucified on a Roman cross, and Variation XIII has the subtitle Romanza which transparently provides a phonetic spelling of his executioners, the Romans.
In Variation XIII there are four Mendelssohn fragments. Two are performed in the keys of A flat major, and the remaining two are played in F minor and E flat major. The cross has four endpoints, and there are four Mendelssohn fragments in Variation XIII consisting of four notes each. The key letters (F. A. E.) of those fragments are not random, for they  are a well-known music cryptogram taken from violinist Joseph Joachim’s romantic motto, “Frei aber einsam.” Joachim’s motto means “Free but lonely,” and it may be directly linked to Elgar’s statement that the Enigma Theme captured his “sense of the loneliness of the artist.” Elgar’s encoding of the music cryptogram FAE in the Mendelssohn fragments is clearly deliberate, for it furnishes some remarkable parallels with the covert Theme. Like Joachim's three word motto, Ein feste Burg is three words in German. More significantly, the first three letters of einsam are the first word in the covert Theme’s title. There are four Mendelssohn fragments in Variation XIII, and the fourth syllable of Joachim's motto pinpoints the word ein. The Mendelssohn fragments are a gigantic clue because Mendelssohn quotes Ein feste Burg in the fourth movement of his Reformation Symphony which is predominantly in common time.
The Roman numerals for the two movements (VI and XIII) with overt references to crossing add up to nineteen. This is the precise number of measures for the complete Enigma Theme. This figure is significant because a detailed description of the crucifixion and burial of Christ is given in the nineteenth chapter of the book of John, the fourth Gospel. This numeric connection between the Enigma Theme’s bar length and John chapter 19 is remarkable because Elgar mentions that name in a letter to the editor of The Musical Times, F. G. Edwards. In a letter dated February 16, 1899, Elgar described how the Enigma Theme is “‘looked at’ through the personality (as it were) of another Johnny.” Like the names John and Joseph Joachim, the secret friend’s name begins with the letter J.
Like the four endpoints of the cross, four subtitles in the Enigma Variations form an acrostic of the word Frei. Elgar was an aficionado of wordplay who enjoyed crossword puzzles, puns, anagrams, acrostics, phonetic spellings, and ciphers. What makes this ordering of these four subtitles even more amazing is that it includes the Italian word for but (ma) followed by a phonetic version of einsam (eanzam). The configuration of eanzam outlines a cross with the horizontal beam symbolically placed on the subtitle Romanza. The encoding of Joachim’s motto in these four subtitles was made possibly only after the discovery of the F-A-E Cipher in the Mendelssohn fragments of Variation XIII. The discovery of one cipher facilitated the recognition and decoding of another more sophisticated anagram. 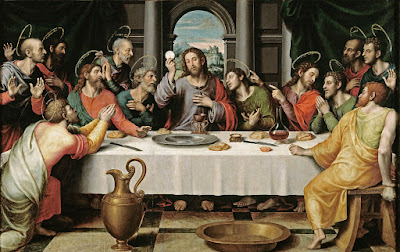 Posted by Robert Padgett at 6:40 AM