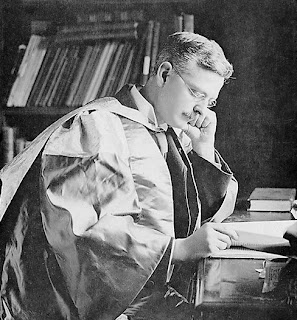 When there is an original sound in the world, it makes a hundred echoes.

Variation XI is dedicated to George Robertson Sinclair (1863 – 1917). He was an organist at Hereford Cathedral from 1889 until his death in 1917. During the 1890s he performed chamber music at the Elgar residence with the Fitton sisters, Basil Nevinson, Hew Steuart Powell and Winifred Norbury. Elgar frequently visited the Sinclair home and composed musical fragments in the visitor book. Ein feste Burg may play through and over Variation XI as shown in Figure 20.1. An audio file of this melodic mapping supports the efficacy of this contrapuntal solution. 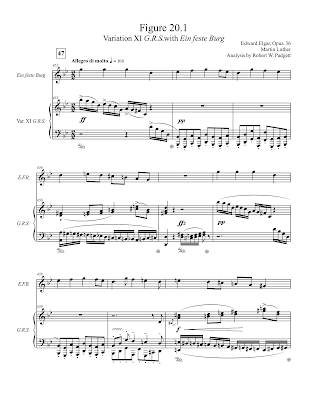 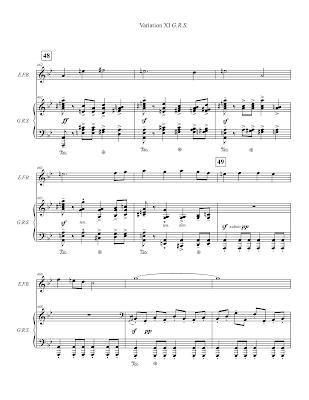 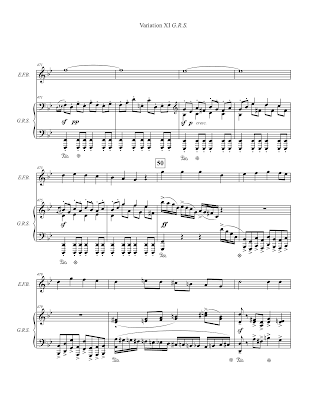 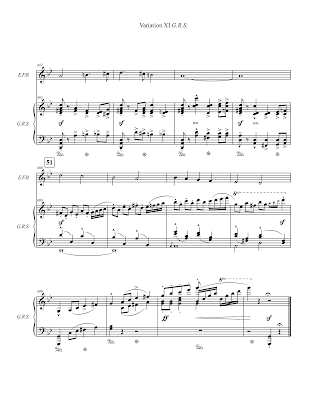 Melodic Interval Mirroring
Figure 20.2 illustrates precisely how Ein feste Burg was carefully mapped over Variation XI based on melodic interval mirroring and the principles of counterpoint. Melodic interval mirroring occurs when note intervals from Ein feste Burg are reflected in the variation over comparable or identical distances between notes. These notes do not necessarily appear in the melody line of the variation. The contrapuntal devices of similar and contrary motion were also considered in this analysis. Similar motion is when both voices move in the same direction, but not necessarily by the same degree. Contrary motion takes place when Ein feste Burg moves in the opposite direction than the variation, again not necessarily by the same interval. Similar motion is indicated by SM, and contrary motion by CM. For the purposes of this analysis, similar motion includes any instances of parallel motion, and contrary motion any instances of oblique motion. In some cases, the upper voice of the variation moves parallel with Ein feste Burg while the bass line moves in a contrary manner. An effective counterpoint typically employs a fairly balanced mix of contrary and similar motion, something clearly evident with this mapping. 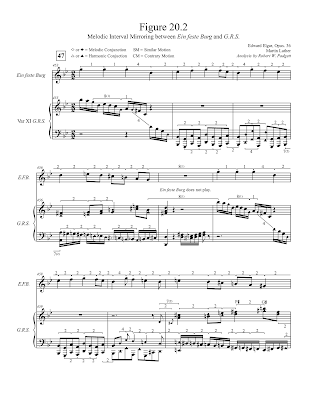 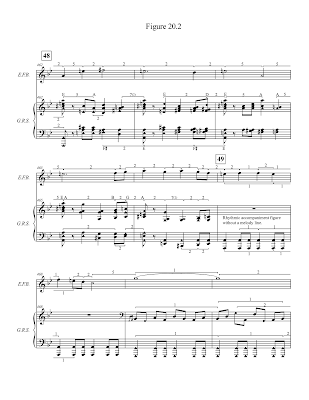 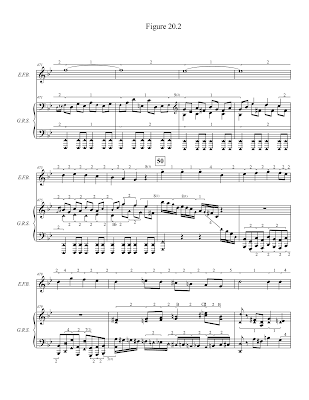 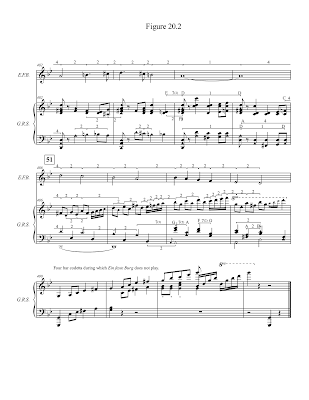 Table 20.2 breaks down melodic conjunctions between Ein feste Burg and Variation XI by note type. There are eight shared melody note types with frequencies ranging from 2 to 18.

Table 20.3 gives a breakdown of all shared notes between Ein feste Burg and Variation XI. These shared notes consist of melodic and chordal conjunctions. A melodic conjunction occurs when the melody notes of both themes are of the same pitch. A chordal conjunction is defined as a shared pitch between the melody of Ein feste Burg and any nonmelodic note in the variation. There are 241 shared notes dispersed over 33 measures out of a total of 41 measures. As was previously observed, Ein feste Burg is dormant and does not play in five measures. Consequently, almost 92% of the movement contains sequentially shared notes with the unstated Principal Theme. 62 melodic notes and 179 chordal notes are shared between Variation XI and Ein feste Burg. There are 12 shared note types with frequencies ranging between 2 (F sharp & G sharp) and 52 (G). 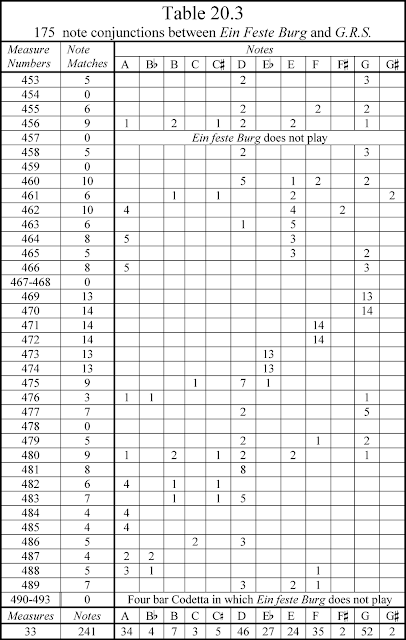 Table 20.4 summarizes all note conjunctions between Ein feste Burg and Variation XI, giving percentages for each note type in both the melodic and chordal categories.

Conclusion
The preponderance of the evidence outlined in the above Figures and Tables demonstrates Variation XI is a clear and convincing counterpoint to Ein feste Burg. To learn more about the secrets of the Enigma Variations, read my free eBook Elgar’s Enigmas Exposed.

Posted by Robert Padgett at 8:15 PM