Elgar's Literary Clues About His Enigmas

In a somer seson, whan softe was the sonne,
I shoop me into shroudes as I a shepe were,
In habite as an heremite unholy of werkes,
Wente wide in this world wondres to here.
Ac on a May morwenynge on Malverne hilles
Me bifel a ferly, of Fairye me thoghte.

While beyond, above them mounted,
And above their woode also,
Malvern hills, for mountains counted
Not unduly, loom a-row –
Keepers of Piers Plowman’s visions, through the sunshine and the snow.

Edward Elgar routinely inserted literary references into his musical scores. For his overture Froissart, he quotes a poem by Keats, “When Chivalry lifted up her lance on high.” At the end of the original score to the Enigma Variations, Elgar cites a paraphrase from Tasso’s epic Christian poem Jerusalem Delivered. It should come as no surprise his first biographical sketch begins with two poetic excerpts presented in the epigraph. Appearing in the October 1900 issue of The Musical Times, the article was prepared by F. G. Edwards with the extensive assistance of Elgar and his wife, Alice. Considering Elgar’s avid interest in literature, it is more than likely he recommended these particular passages to Edwards. The first is from Piers Plowman by William Langland. The second is from The Lost Bower by Elizabeth Barrett Browning. Each excerpt mentions the Malvern Hills, a prominent topographical feature of Elgar’s birthplace. Both poems are theological allegories making rich use of characters and places to symbolize a distinctly Christian worldview and message. For the composer of sacred oratorios like The Dream of Gerontius and The Light of Life, these intensely theological poems capture Elgar’s artistic gestalt. They also mirror a practice by Jesus to teach by telling parables. Below the surface, these poetic excerpts hints at the title of the unstated Principal Theme to the Enigma Variations (Ein feste Burg), the hidden friend of Variation XIII (Jesus), and a major source of inspiration behind that symphonic work, the Turin Shroud.
Written Middle English, Piers Plowman is a theological allegory and social satire that revolves around the narrator’s search for the authentic Christian life. Set in the Malvern Hills, it begins with the narrator, Will, falling asleep and experiencing a vision a tower on a hill, a fortress in the valley, and in between a field bustling with people. These references to fortified structures – the tower and fortress – are remarkable because the unstated Principal Theme to Elgar’s Enigma Variations is A Mighty Fortress by Martin Luther. Did Elgar deliberately suggest the hidden theme’s title through this poetic allusion to mythical fortresses in Malvern’s hills and valleys? The initials for the poem’s author suggest as much. Langland’s initials are W.L. and may be indirectly associated with Martin Luther’s because the W is the inverse of M. There are some distinct parallels between Piers Plowman and Luther’s work as a Reformer. According to John Bale, William Langland was an early disciple of John Wycliffe:

“…he was one of the first disciples of John Wycliff, and in a spiritual fervor against the open blasphemies of papists against God and his Christ, under delightful colors and types he issued in the English speech a noble work, worthy of perusal of all good men which he called the Vision of Piers Plowman…”

Such a description of Langland’s poem is highly reminiscent of the Martin Luther’s pamphlets railing against the corruption of the Catholic Church. John Wycliffe was known as the “Morning Star of the Reformation.” Wycliffe died in Lutterworth, a name meaning Luther’s Farm. Determined to make the Bible accessible to everyone, Wycliffe famously translated it into English and was eventually declared a heretic by the Catholic Church. Martin Luther followed Wycliffe’s example, translating the scriptures into German. For that and other works, Luther would also be declared a heretic. It is noteworthy Elgar, a devout Roman Catholic, voiced no objection to beginning his biographical sketch with a passage from Piers Plowman, an early Reformist screed against the religious establishment. Knowing the meaning behind the allegory, Elgar openly sympathized with those who desire to live an authentic Christian life in a church and a world infected by corruption. This helps explains his strong personal identification with General Gordon, an Anglican mystic with decidedly ecumenical views. If Elgar was willing to permit a quote from Piers Plowman in his first biographical sketch, then surely it is not beyond his artistic sensibilities to quote the Battle Hymn of the Reformation, albeit covertly, in the Enigma Variations. By quoting the music of Mendelssohn in Variation XIII, Elgar already affirmed his readiness to openly cite the work of a devout Lutheran.
There is a subtle allusion to the Turin Shroud in the passage from Piers Plowman. The second line reads, “I shoop me into shroudes as I a shepe were.” The term shroudes (which closely resembles the word shroud) means cloak, and shepe is an Old English word for shepherd. Jesus called himself the Good Shepherd, and many Catholic faithful believe his burial cloth is the Turin Shroud. Such poetic language is remarkable because a major source of inspiration behind the Enigma Variations was the Turin Shroud. Piers the Plowman symbolizes Jesus, and this too is a revealing because the secret friend and inspiration behind Variation XIII is none other than Elgar’s Lord and Savior. In a symbolic gesture, Elgar’s cipher reference to the Turin Shroud occurs in Variation XIII. Notice there are six lines in the Piers Plowman excerpt. The number six features prominently in Elgar’s 6 x 6 checkerboard cipher found in the opening measures of the Enigma Theme. The opus number for the Variations (36) is the product of 6 x 6, and a checkerboard cipher is also known as a product cipher. The unusual spellings in Langland’s Middle English are reminiscent of the phonetic trick-spellings used in that cipher.
Elizabeth Barrett Browning was a devout Christian who once wrote, “Christ’s religion is essentially poetry – poetry glorified.” She also said, “We want the touch of Christ’s hand upon our literature, as it touched other dead things – we want the sense of the saturation of Christ’s blood upon the souls of our poets, that it may cry through them in answer to the ceaseless wail of the Sphinx of our humanity.” Elgar shared similar views regarding music, and interestingly one of his nicknames was Sphinx. Besides sharing her faith, Elgar’s inclusion of Browning’s poetry in his biographical sketch hints at another poetic parallel between these two artists. In her first book, An Essay on Mind, she quotes Tasso’s Jerusalem Delivered (canto 2, stanza 130). The passage reads, “Brama assai, poco spera, e nulla chiede.” The translation is, “Desire much, hope little, and demand nothing.” Elgar quotes the same passage in a modified form at the end of the original score of the Enigma Variations. Elgar wrote, “Bramo assai, poco spero, nulla chieggio,” changing the quotation from the third person to the first. Notice Elgar’s version is six words long in a foreign language. This is undoubtedly a clue since the title of the hidden Principal Theme is also six words long and in a foreign language. There is another link between the Enigma Variations and Elizabeth Barrett Browning involving the number six. Variation VI is called Ysobel, the Hebrew version of Elizabeth. The number six crops up in Elgar’s music box cipher (a 6 x 6 checkerboard), the number of words in the title of the unstated Principal Theme, and the number of words in the Tasso paraphrase.
This analysis has shown that in the Piers Plowman excerpt, Elgar cleverly alludes to the title of the unstated Principal Theme, its author Martin Luther, the hidden friend of Variation XIII, and the Turin Shroud. Browning’s excerpt from The Lost Bower suggests the lost theme from the Enigma Variations. More to the point, she quotes Tasso in her first book, a passage paraphrased by Elgar at the end of the original score of the Enigma Variations. This connection is sealed by a discovery in a ledger used by Elgar that contains the following entry:

Elgar revealed a key piece of the ‘Enigma’ puzzle in his short biography for The Musical Times. As he explained to F. G. Edwards:

In connection with these much discussed Variations, Mr. Elgar tells us that the heading ‘Enigma’ is justified by the fact that it is possible to add another phrase, which is quite familiar, above the original theme that he has written. What that theme is no one knows except the composer. Thereby hangs the ‘Enigma.’ [2]

Who knew the poetic quotations opening that very same article were so intimately tied to the solutions to Elgar's enigmas? Elgar knew and was most assuredly amused by his generous literary clues that escaped the notice of his many curious friends. To learn more about the secrets of the Enigma Variations, read my eBook Elgar’s Enigmas Exposed. 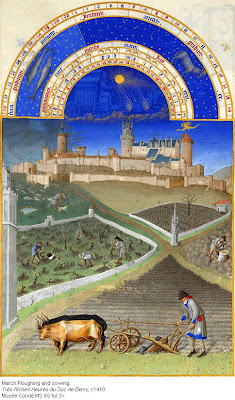