F.A.E. and the initials for "A Mighty Fortress" 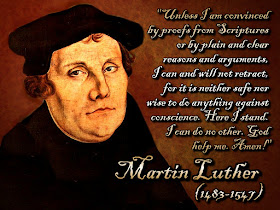 Beautiful music is the art of the prophets that can calm the agitations of the soul; it is one of the most magnificent and delightful presents God has given us.

In Variation XIII, Elgar uses a musical cryptogram to spell the initials for Joseph Joachim’s romantic motto, “Frei aber einsam” (Figure 18.1). This motto forms the basis of a musical cryptogram made famous in a work for violin, the F-A-E Sonata.  Elgar was a concert violinist who aspired to become a famous soloist like Joachim, but his hopes were dashed through a lack of private instruction during his formative years. Elgar continued to identify closely with the violin and even composed a concerto for the instrument. As I explain in this post, Elgar achieves this cryptographic sleight of hand by his choice of keys for the Mendelssohn fragments: F minor, A flat major, and E flat major.  The German motto portrayed by the initials F.A.E. means "Free but lonely," a meaning that dovetails precisely with Elgar's comments about the Enigma Theme capturing his "sense of the loneliness of the artist." Variation XIII is the only movement lacking any initials or name that can be linked to one of the composer's friends. In place of the initials, Elgar placed three mysterious asterisks (***).  Based on my original discovery of the F.A.E. cipher in Variation XIII, the initials for this romanticized motto fill in those missing letters. More importantly, they pinpoint the identity of the unstated Principal Theme: A Mighty Fortress. How? By means of Elgar's favorite pastime, cryptography of course. 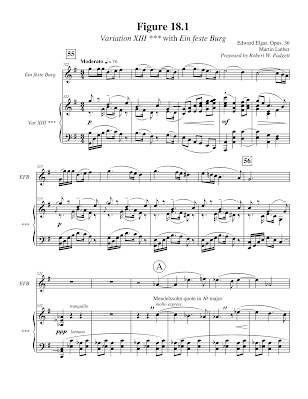 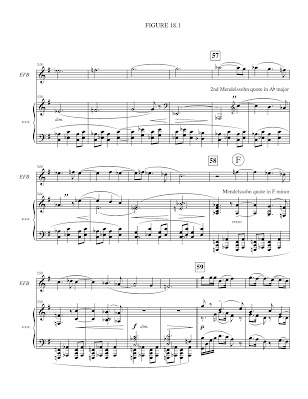 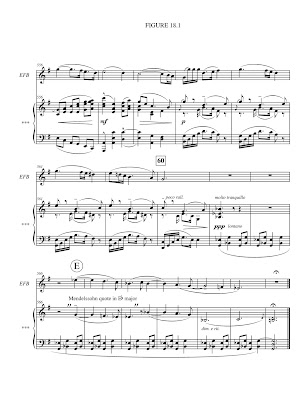 The initials F.A.E. are virtually identical to those for A Mighty Fortress (A.M.F.), the literal English translation of Ein feste Burg.  Two of the letters are exact matches (A and F), and the third differs only in terms of orientation as the letters E and M are essentially duplicates. This insight is graphically portrayed by one of Elgar's most famous cryptograms, the Dorabella cipher.

With this code, Elgar employs a capital cursive E at different angles including one oriented like the letter M. The Dorabella cipher was conceived in 1897, just under two years before Elgar composed the Enigma Variations. It has 24 distinct ciphertext characters consistent with a simple substitution cipher. Despite the best efforts of professional code breakers, it remained unsolved until July 2020 when it was cracked by the amateur cryptographer Wayne Packwood.  His remarkable discovery was published in the July 2020 issue of Musical Opinion. The Dorabella cipher was exceedingly difficult to solve because the decryption requires realigning the ciphertext based on four different dots placed in different areas of the cryptogram. The realignment of the cipher characters must then be read vertically rather than horizontally to unveil the solution. This unconventional realignment technique frustrated standard attempts at cracking such a seemingly benign substitution cipher.
Since the letters E and M are essentially indistinguishable except by orientation, it is reasonable to interpret Elgar's cryptographic allusion to the initials F.A.E. as an anagram for A.M.F. – the initials for A Mighty Fortress.

This cryptographic reading is bolstered by the realization that Elgar originally identified Variation XIII with a solitary capital L, the first letter in Martin Luther's last name.  Luther composed Ein feste Burg around 1529, and his most famous hymn is quoted widely in the German School by such prominent composers as Bach, Mendelssohn, Meyerbeer, Liszt, and Wagner.  Elgar was a devoted disciple of the German school and deeply admired these composers. Ein feste Burg was performed at the 1890 Worcester Music Festival, an event that included Elgar's newly composed concert overture Froissart. Elgar later added to the L for Variation XIII the letters ML, the initials for Martin Luther's full name. M just so happens to be the 13th letter of the alphabet. In Variation XIII, Elgar quotes Mendelssohn four times from his concert overture Calm Sea and Prosperous Voyage, a work inspired by the poetry of the great German poet Goethe. This melodic eccentricity is easily explained following my discovery of the unstated Principal Theme because Mendelssohn quotes Ein feste Burg in the fourth movement of his first major symphonic work, the Reformation Symphony.  Elgar quotes Mendelssohn four times because Mendelssohn quotes Ein feste Burg in the fourth movement of his first symphony. The Enigma Variations was Elgar's first major symphonic work and undoubtedly his most performed by major orchestras throughout the world.
There is a bit of Elgar's wordplay involved with the musical allusion to Goethe's poetry and the capital letter L. By substituting the G in Goethe's name with L, a German phonetic spelling of Luther is realized (Loethe). In conclusion, my exploration of Elgar's cryptographic brilliance concealed within the Enigma Variations compels me to quote his 'ideal' composer, Robert Schumann: "Hats off , gentlemen, a genius!" To learn more about the secrets behind one of Elgar’s most celebrated symphonic achievements, read my free eBook Elgar’s Enigmas Exposed. 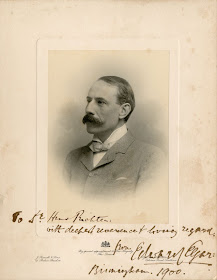