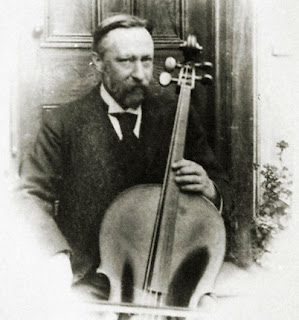 The act of defending any of the cardinal virtues has today all the exhilaration of a vice.

Variation XII is dedicated to Basil George Nevinson (1853 – 1908) who resided in London but found time to visit Malvern regularly and play cello in various musical ensembles.  When Elgar visited London, he would often stay at the Nevinson home. This poignant movement features a cello solo in acknowledgment of Elgar’s friendship with Nevinson.
Ein feste Burg may play through and over Variation XII as shown in Figure 21.1. An audio file of this melodic mapping supports the efficacy of this contrapuntal solution. It should be mentioned in measure 500 Ein feste Burg modulates with the variation up a minor third from G minor to B flat major. In this context Ein feste Burg rises from A at the end of measure 499 to B flat at the beginning of measure 500 instead of cadencing downward on G. It is feasible to use a G at the beginning of measure 500 without undermining the melodic solution, but in light of the obvious modulation it was determined B-flat presents a superior resolution. 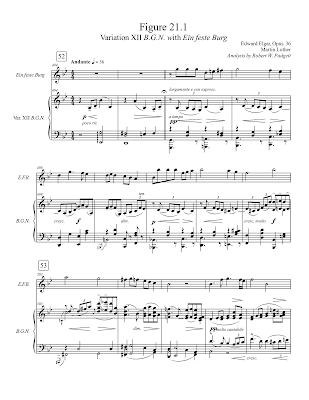 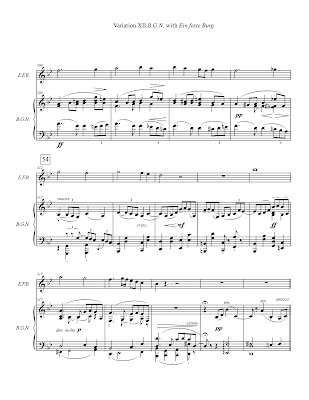 Melodic Interval Mirroring
Figure 21.2 illustrates precisely how Ein feste Burg was carefully mapped over Variation XII based on melodic interval mirroring and the principles of counterpoint. Melodic interval mirroring occurs when note intervals from Ein feste Burg are reflected in the variation over comparable or identical distances between notes. These notes do not necessarily appear in the melody line of the variation. The contrapuntal devices of similar and contrary motion were also considered in this analysis. Similar motion is when both voices move in the same direction, but not necessarily by the same degree. Contrary motion takes place when Ein feste Burg moves in the opposite direction than the variation, again not necessarily by the same interval. Similar motion is indicated by SM, and contrary motion by CM. For the purposes of this analysis, similar motion includes any instances of parallel motion, and contrary motion any instances of oblique motion. In some cases, the upper voice of the variation moves parallel with Ein feste Burg while the base line moves in a contrary manner. An effective counterpoint typically employs a fairly balanced mix of contrary and similar motion, something clearly evident with this mapping. 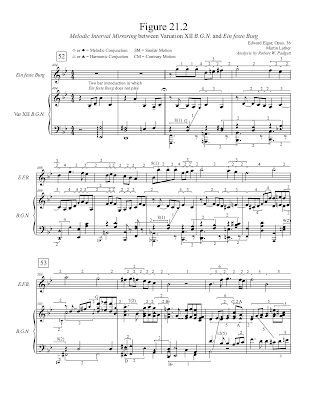 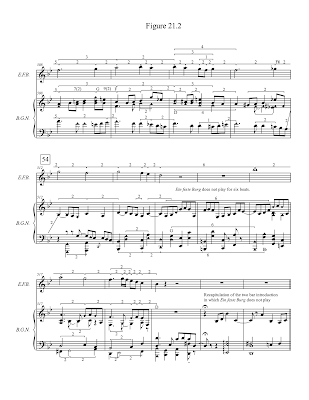 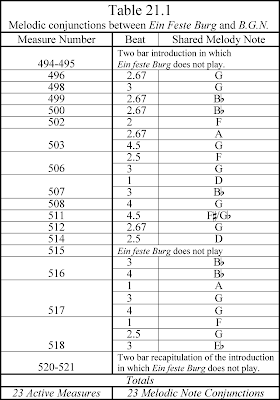 Table 21.2 breaks down melodic conjunctions between Ein feste Burg and Variation XII by note type. There are seven shared melody note types with frequencies ranging from 1 to 10. 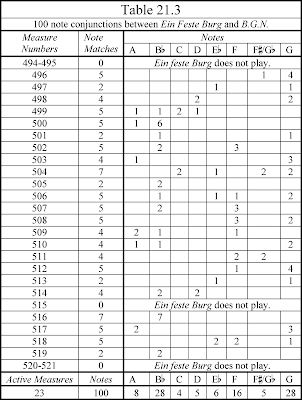 Table 21.4 summarizes all note conjunctions between Ein feste Burg and Variation XII, giving percentages for each note type found in both the melodic and chordal categories.

Conclusion
The preponderance of the evidence outlined in the above Figures and Tables demonstrates Variation XII is a clear and convincing counterpoint to Ein feste Burg. To learn more about the secrets of the Enigma Variations, read my free eBook Elgar’s Enigmas Exposed.

Posted by Robert Padgett at 1:18 PM